•    BLEEDING – It is common to have a slight bruise following any form of surgery.  To minimize this, the surgery is often performed using a diathermy (a type of cautery device).  Often a pressure dressing will be applied to the breast which is removed a day after surgery.  This aids in reduction of swelling and bruising.
•    INFECTION – As with any surgery, wound infection is a possibility.  To minimize this, prophylactic intravenous antibiotics are often given intraoperatively
•    SCARRING – Some scarring is to be expected with any surgery.  The incisions are usually placed either in skin creases (such as in the axilla) or in a circum-mammary fashion.  The skin tension lines around the breast often circle the breast in an onion ring-like fashion.  Placing incisions in these lines will minimize scarring.
•    DEFORMITY – With breast conservation, often a significant amount of breast tissue is removed, in order to obtain a good surgical clearance around the tumour.   This may result in a mild dimpling in the breast or perhaps a small indentation.
•    FURTHER SURGERY – With breast conservation, the aim of surgery is to obtain an adequate margin of excision (usually &gt; 5-10 mm).  Unfortunately, this cannot be guaranteed and occasionally patients may need to return for further surgery when more tissue will need to be excised.  With respect to sentinel lymph node biopsy, further surgery may involve removing more lymph nodes if the sentinel node has been found to be involved with tumour (usually a formal axillary clearance).
•    NERVE INJURY/NUMBNESS – There is often a degree of numbness present around all surgical scars.  This is a result of small nerve fibers being severed under the skin during the dissection of the tumour.  With regards to the axilla, there are a number of nerves (intercostobrachial nerves) that can be damaged or severed during the procedure.  This will often lead to permanent numbness in the armpit, on the lateral chest wall and on the underside of the upper arm.  Some of this numbness may reduce over time but a permanent degree of numbness is to be expected.  The risk of injuring major nerves that control movements of the shoulder is quite low.
•    SHOULDER STIFFNESS – After axillary lymph node surgery a degree of discomfort is to be expected.  Many patients will be tempted to favour their arm and thereby not use their shoulder as much as normal.  Bearing in mind that most joints will become stiff after immobility, it is recommended that patients attempt some simple exercises within the first 24-48 hours to avoid the possibility of having long standing dysfunction of the shoulder joint.  In its extreme, this could lead to a “frozen shoulder”.  Patients who undergo an axillary clearance will usually be seen by a Physiotherapist on the Ward who will assist the patient in regaining normal shoulder movement.  Most patients will regain 90% or more of their normal shoulder movement following an axillary clearance by the first six weeks.  With a sentinel lymph node biopsy, the risk of significant shoulder stiffness is much reduced.
•    LYMPHOEDEMA (ARM SWELLING) – As the lymph nodes that drain the breast also drain the arm, significant lymph node surgery poses the risk of impeding the return of lymphatic fluid from the arm.  With a standard axillary clearance, the risk of developing arm swelling (lymphoedema) is anywhere between 10-30% at some stage in the patient’s life.  This can be very early or indeed very late (often years after surgery).  With the advent of sentinel lymph node biopsy, the risk of lymphoedema has reduced dramatically.  If lymphoedema was to occur, then early referral to a specialized lymphoedema Physiotherapist or Occupational Therapist is recommended as early treatment will often prevent the major disabling complications of severe lymphoedema.  Fortunately, in the modern era, severe lymphoedema is infrequently seen.
•    SEROMA (FLUID COLLECTION) – Following breast surgery, there is often a significant cavity left that will be filled by serum.  For most patients this is not noticeable and can be managed conservatively.  Following an axillary clearance it is very common to have an accumulation of fluid in the armpit after the armpit drain has been removed.  This usually requires a few visits to the Specialist to have this fluid aspirated (which fortunately is painless as there is some numbness of the armpit skin following surgery).  With sentinel lymph node biopsy the risk of seroma has reduced significantly.  Following a mastectomy, it is almost invariable for a moderate degree of fluid to collect under the mastectomy wound.  This is not a significant problem but will require a number of visits to the Specialist to have this aspirated.  Leaving drains in situ for longer will probably reduce the risk of a seroma, however this is tempered by the increased risk of a wound infection.  Usually drains are removed at about a week as a balance between seroma reduction and prevention of wound infection.
•    NEURALGIA (NERVE PAIN) – Some patients will have fleeting sharp pains on the chest wall or in the armpit following their surgery. This is as a result of bruising of nerves.  Often these nerves will develop neuropraxia (the nerve ceases to function) for six to eight weeks.  As they regain function, the nerves can sometimes produce electric shock-like pains.  In most patients, this will settle over a short period of time. 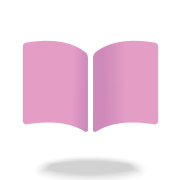 Thank you very much for all your help!

Thank you for your care and for the trust you gave me.  Your support and thoughtfulness will always be remembered.

Many thanks for your care this year

Thank you for giving us the best Christmas we will ever have. How fortunate we are to have you as our Surgeon.

Thank you for your excellent care and brilliant surgical skills. I am very grateful to have been in your care

There are no words that can convey how I feel except thank you from the bottom of my heart. I have always wanted to do this. My daughter was beside herself with shock as was I and you just listened to me rant on…I don’t know what the future holds for me but I will never forget your kindness and genuine concern.

Thanks so much for your surgical care before, during and after the operation performed… For the entire process I always felt in good hands… I feel very well, the scarring is minimal and I’ll be returning to work in a few days.